México 2000 Ballet Folklórico has being part part of Texas Commission on the Arts Touring Roster since 2006.
For more information on Dance performances, lectures and dance workshops in Texas and how to apply for a TCA grant contact us for more information.

From 2 to 32 dancers México 2000 Ballet Folklórico showcases regional traditional Mexican dance. Presentations are fast-paced; non stop with 2 to 8 different dance regions, from the hot and humid climate in the southeast, the traditional northern dances with  their European, Afro-Caribbean and South American influence, including Mayan/Pre-Columbian dances that are still preserved in these days. Learn the traditional and authentic dance "La Bamba" and enjoy the excitement and color of a Mexican Fiesta in Jalisco!

In the past 16 years México 2000 Ballet Folklórico has obtained more than 500 recognitions at several state and nationwide dance festivals.  Among others México 2000  received from the City of Dallas and Mayor Laura Miller, proclaiming May 13, 2004 “Fiestas de mi Tierra Day”, more recently received from the office of the City of Garland through three different Mayors the honor of proclaiming the month of September 2005-2013 as: “México 2000 Ballet Folklórico Month”, due to the cultural contributions to the Garland community, as well as a proclamation from  the Westchester County Board of Legislators in White Plains, New York, declaring September 8, 2007 as: “Ballet Folklórico México 2000 day” among others.

México 2000 has also worked for different organizations such as: The City of Dallas Office of Cultural Affairs, Chapters of  Young Audiences and Texas Commission on the Arts.

México 2000 provides fine arts credit classes for High Schools and several school districts in the DFW area. It has also presented educational performances and dance workshops for schools and universities in the states of Texas, Oklahoma, Kansas, California, Arkansas, New York, and Louisiana.

Call for a quote, we can tailor fit a performance according to your needs and budget.

To receive more information or to book a performance you can call directly Alex Palencia at: (214)364-2629

BACK HOME
Contact us for more information on how to book a performance for your event! 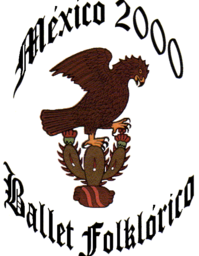 México 2000 Ballet Folklórico is part of Mid American Arts Alliance Touring Roster.
For more information on Dance performances, lectures and dance workshops in AR, KS, MO, NE, OK and TX and how to apply for a MAAA grant contact us for more information.
View on Mobile